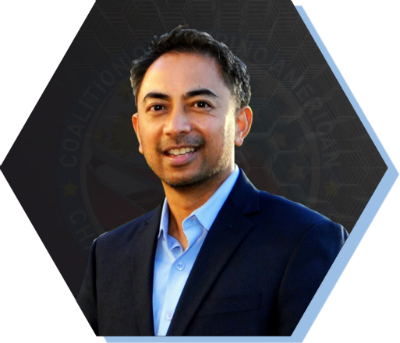 Jason Agcaoili is the CEO/Founder of Bridge Horizon Global Investments, a conglomerate in the industries of real estate, technology, global trade, and travel.

Additionally, Jason is an active Realtor with the HomeSmart Realty Group.

Prior to founding Bridge Horizon, Jason was in the aerospace industry, in Global Sales & Marketing at Boeing Defense & Space, Boeing Company.

Jason is a military veteran of the U.S. Air Force as an Intelligence Analyst, a former U.S. Embassy Defense Liaison Officer Attache for South Asia, and a former government service officer with the Department of Defense, Defense Intelligence Agency. During his military and government career, he served in multiple assignments and deployments in Central Europe, Southeast Asia, and Middle East, to include Operation Iraqi Freedom and Operation Enduring Freedom Afghanistan.

He’s a passionate advocate for entrepreneurship, business ownership, and serving the local community as a member of various veterans organizations and chambers of commerce. He’s been an active member of the Filipino American Chamber of Commerce network in the LA area for the past four years.

Jason has a Masters in Business Administration (MBA) and B.S. in Corporate Training & Development.

Although passionate about entrepreneurship, his real passion is spending time with his family–
his wife, Amy, their two young children, and traveling. 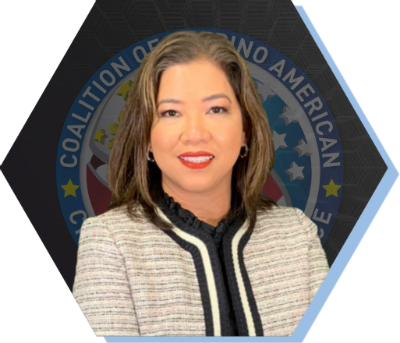 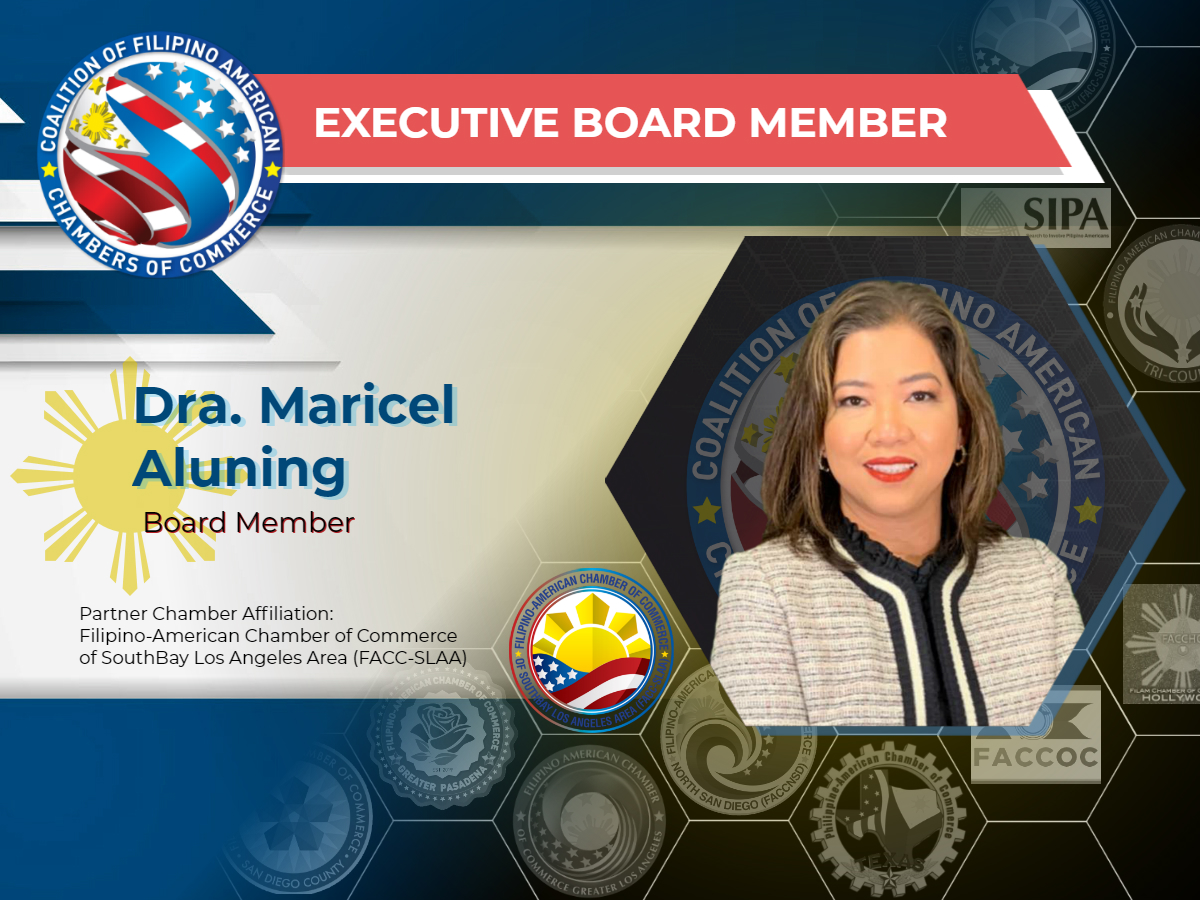 A Dentist, who owns and operates Carson Dental Care. From Bicol, Philippines, I came to the US in 1980 after graduating from high school at 14 years old. I returned to Manila to study Dentistry in 1986 and graduated at Centro Escolar University in 1992. After graduation I returned to the United States, persevered and passed the California Dental Board Exam and was licensed as a dentist in 1998. I acquired my practice from my Uncle, Dr. Billy Torres, when he retired in September,2000, and named it Carson Dental Care. I have been serving the city of Carson and its neighboring cities for 18 years now.

I am compassionate, loves to help people and love being a dentist. As gentle and caring person, I have the patience to take care of even the most difficult and anxious patient. I am a general dentist and is trained to do implants, orthodontics (traditional & Invisalign), cosmetic dentistry, and now, sleep apnea. I was awarded as one of “The TOP DOCS in LA ” in 2014, which was featured In Fox 11 news. In 2016, was recognized as one of “The Outstanding Pilipino in Los Angeles” (TOP awards). Was recognized and given an award by FACC/SLAA in 2017. To keep me abreast to the new procedures and technology in dentistry, I continuously take continuing education.

I am married to Godofredo “Gody” Aluning, has 3 children 2 girls and 1 boy. Jacqueline,21, Jillian, 20 and Gody Jerico, 17. My daughter, Jacqueline, was the title holder of the “Bb. Pilipinas-USA- Tourism” in 2016. My family is my Big WHY and the love my life. 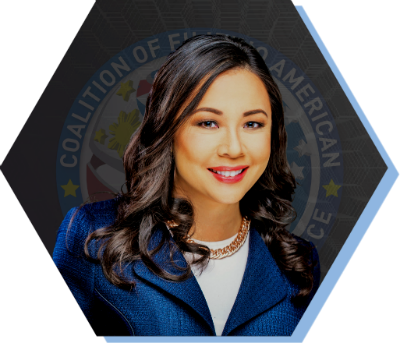 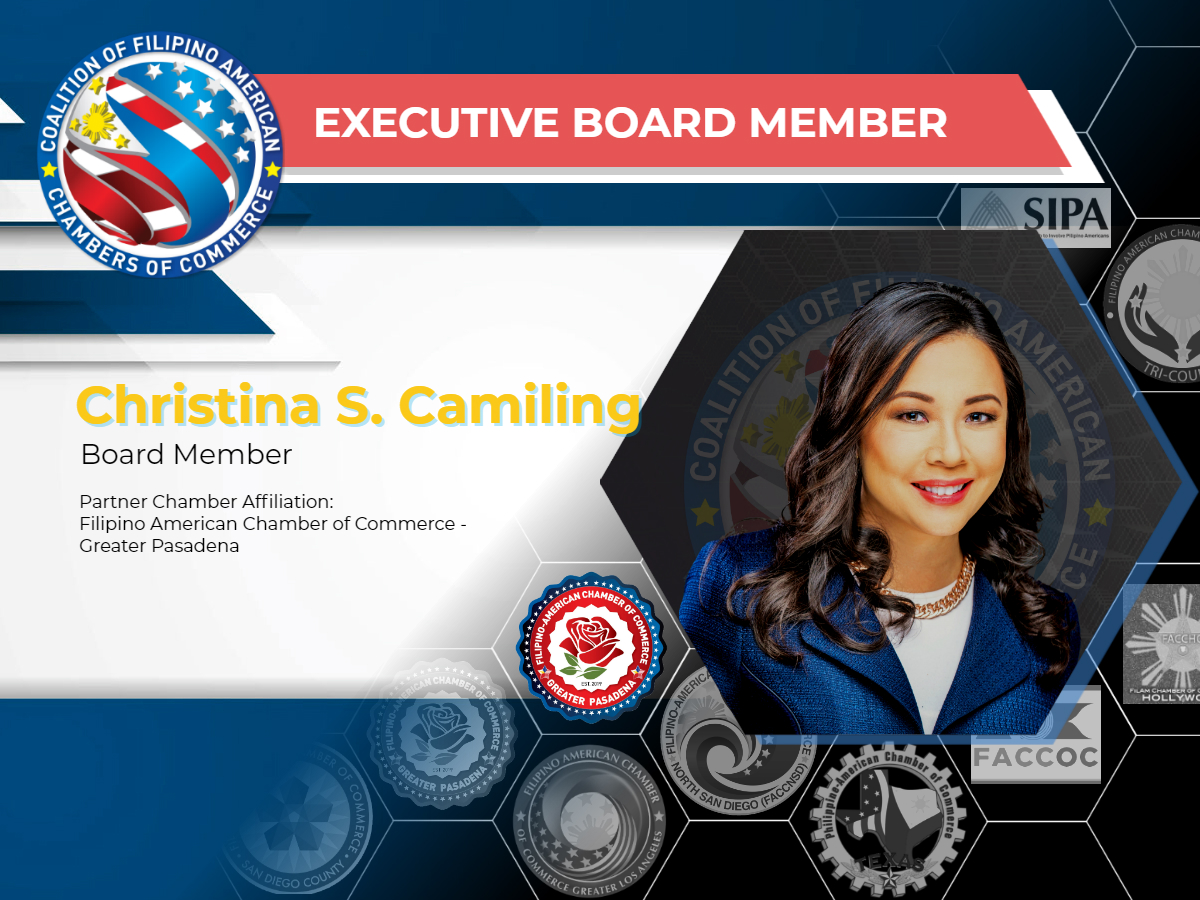 Agent with New York Life Insurance Company and Financial Services Professional offering securities through NYLIFE Securities LLC (Member FINRA/SIPC), a Licensed Insurance Agency. Tina assists her clients in finding their ideal solutions and achieving their financial goals. She is committed to providing individuals, families and businesses with up-to-date knowledge and expertise of insurance and financial product trends while offering outstanding service. It is because of this tenacious work ethic and client loyalty that she has earned a reputation of integrity and dedication to her clients.

Tina is a member of the National Association of Insurance & Financial Advisors (NAIFA) California, as well as earning a membership in The Million Dollar Round Table (MDRT). The Premier Association of Financial Professionals, recognized globally as the standard of excellence for live insurance sales performance in the insurance and financial services industry.

Tina has been in the insurance and financial industry since 1991. She resides in Altadena, California and is married to Alain Camiling (a Committee Member of the Pasadena Tournament of Roses). She is most proud of her three children; Aaron, Austin and Casey Camiling.

Two of her many passions in life are her business and career. She is committed and dedicated to helping others in achieving their financial independence. 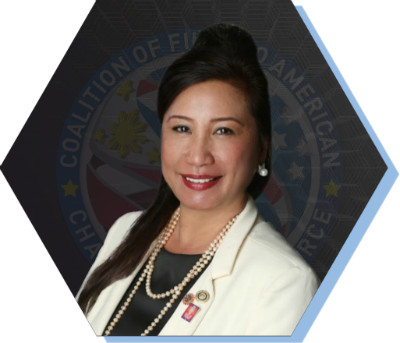 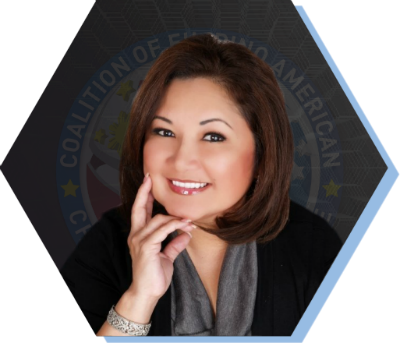