By: Dr. Fatima Bustos-Choy, COFACC Director for Training and Development 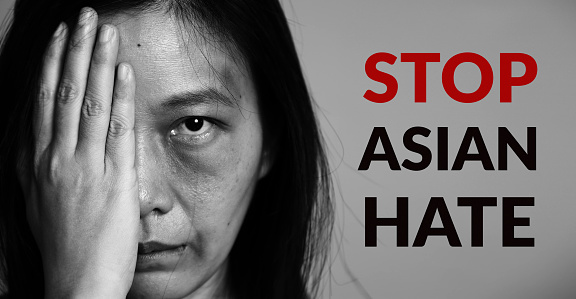 A couple of weeks ago, I was interviewed by a radio station in Delaware about the rise in Asian hate crimes in the US. I was intrigued by the request and appreciated the opportunity to speak from an Asian woman’s perspective.

During the interview, I focused the conversation on Asian-Americans’ challenges in the workplace. Though we don’t see Asian hate crimes per se in corporations, as played out in the streets of New York, San Francisco, Los Angeles, to name a few, the ongoing struggles of Asian-Americans relative to lack of diversity, inclusion, fairness, belongingness, and representation, speak of subtle forms of racism, aversion, and discrimination.

After the interview, I pondered on the role of leaders in creating hostile social environments that we are witnessing today. We know several examples of when and how this kind of narrative has existed and exacerbated in the last couple of years using COVID -19 as the burning platform. Last year, Pew Research reported that as many as one-third of Asian Americans feared threats, physical attacks, and violence, a statistic that coincided with the COVID-19 pandemic.

Calling all leaders to step up in creating a kinder, fairer, more respectful, more just and caring social, cultural, and corporate environments, not only for Asian- Americans but for all people. After all, true leadership is creating a desired future for people where they can transform their lives for the better. Which begs the question: How about Fil-Am Chambers of Commerce? What role/s must we have to STOP this tragic phenomenon, change the current narrative, and SHINE the light on Asian-Americans as key contributors and productive partners in this great nation? What impacts might befall the Fil-Am Chambers if we stayed above the fray or if we took a stand? The choice is ours to make.

*** Send your thoughts and ideas to Hexagon Editor-In-Chief