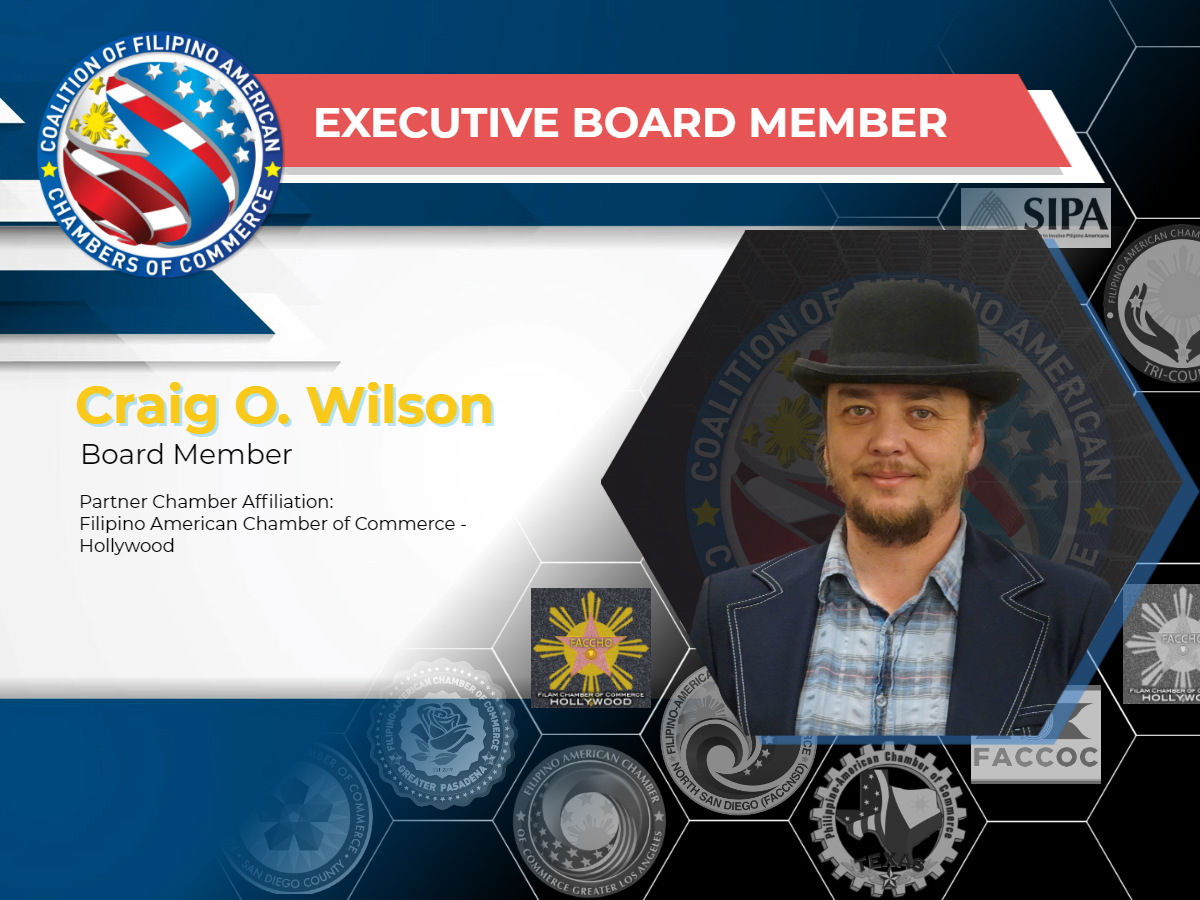 Having directed a feature, short films, and stage plays Craig’s is an experienced director. In 2009, a music video Craig produced and directed premiered on the music channel Vevo. In 2017, his TV production Slam School, an educational docudrama set in the world of professional wrestling got greenlit by KVCR, a PBS affiliate. Same year, his short film Lolo Pepe was official selections of the Los Angeles Asian Pacific Film Festival, Los Angeles Philippine International Film Festival, Cinema Sala, and Philippine Arts & Cinema Film Festival. Having received critical acclaim, Lolo Pepe is being developed into a TV show.

As the Program Manager of San Diego IndieFest Film Festival, Craig helped to secure Richard Hatch (Battlestar Galactica), Vicente Rodriguez (George Lopez Show), Shiloh Strong (Boy Meets World) and Peter Vesterbacka (creator of Angry Birds) to Emcee and give keynote speeches. Since 2016, he has been a leading voice in the Filipino Film Movement. Working with FilAm Creative as the Director of Film and TV, he used his film festival background to create a festival program for Filipino Americans with LA Asian Pacific Film Festival as well as LA Philippine International Film Festival.

In 2018, Craig has founded, and is serving as the President of the Filipino American Chamber of Commerce of Hollywood, which focuses on elevating Filipino Americans in the entertainment industry. He is also a founding member and a Co-Chair of VP of Public Relations and Marketing of the Coalition of the Filipino American Chamber of Commerce. Recently joining the leadership team of the LA Philippine International Film Festival he was elected the VP of Public Relations for this rising film festival.

Craig believes that the time is now for diversity in Hollywood to rise to the top. With the influence of diverse films and entertainers, such as Black Panther and Bruno Mars, Craig is determined to build the momentum for millions of Filipino creatives around the world.

Craig is a graduate of the prestigious Los Angeles Film School.